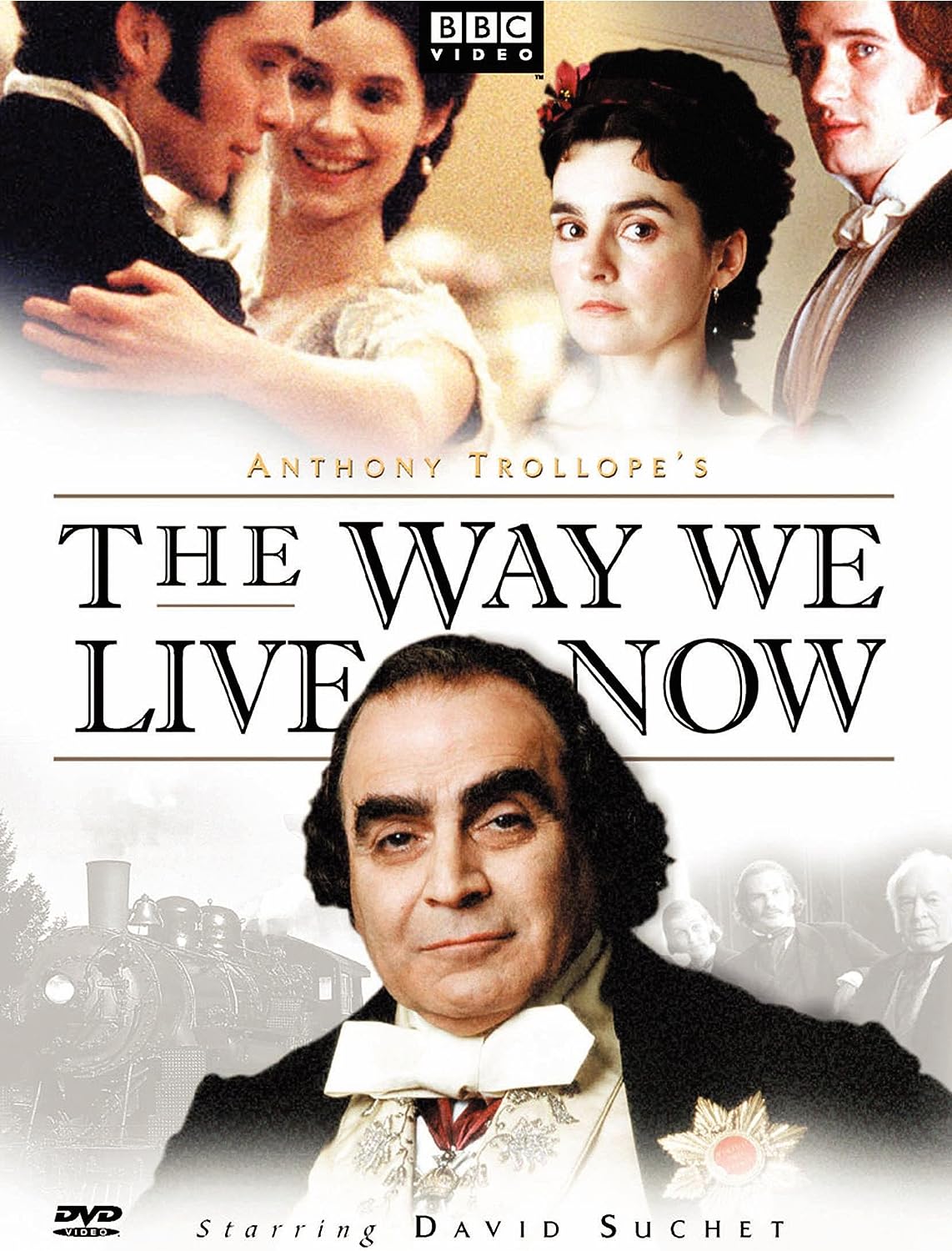 First screened on BBC in 2001, The Way We Live Now will surprise those who know Anthony Trollope through the subtleties of his Barsetshire novels. This story of ambition centers around Augustus Melmotte, an Austrian Jewish financier who takes the London money markets and social scene by storm in his efforts to become an "English country gentleman." His rise and fall is followed with remorseless logic by Trollope, and David Yates's direction keeps this in focus against a wealth of subplots and character interaction.

"span" The cast is a strong one, with David Suchet's Melmotte gripping in his recklessness, climaxing in the theatrical magnificence of his departure in disgrace from the House of Commons. Shirley Henderson is magnetic as his put-upon daughter Marie, courted by the cream-of-society bachelors for her dowry rather than her person. Cheryl Campbell gives a good account of the feckless Lady Carbury, writing vacuous novels to support her family, with Matthew MacFadyen relishing the part of her rakish son, Felix. Paloma Baeza is sympathetic as her daughter, Hetta, whose on-off relationship with entrepreneur Paul Montague, ably taken by Cillian Murphy, provides the main love interest. Douglas Hodge impresses as the loyal and sincere but insipid Roger Carbury.

The series consists of four generous episodes, each lasting 75 minutes. This is an absorbing production of what isn't the most subtle of Victorian novels, but which surely remains among the most relevant. --Richard Whitehouse

The Way We Live Now"span" captures the turmoil as the old order is swept aside by the brash new forces of business and finance. Based on the novel by Anthony Trollope, this satire of Victorian society contains all the dynamic elements that made him one of the most celebrated and popular novelists of his day--the trials and tribulations of young love, the pettiness of the upper class life, the raw energy and excitement of the most powerful city the world had ever seen, and the greed and corruption that lay just below its glittering surface.

Episode 2: While Paul Montague throws himself into the booming railway business with Melmotte, the presence of his mysterious American friend in London threatens to jeopardize his chances with Hetta. Felix is forced to desperate measures to secure his future with Marie when he learns that her father is planning her marriage to a rival suitor.

Episode 3: Paul visits Mexico to have his worst fears about the railway construction confirmed. Returning to London he decides to confront Melmotte and resolve his romantic situation. Melmotte involves himself in increasingly ambitious business schemes while Felix gets himself into further trouble and Hetta recieves some devastating news.

Episode 4: Melmotte reaches the highest echelons of London society but the wolves are beginning to gather at his door. Paul takes his chance to act and Felix comes face to face with some tough opposition, while Hetta contemplates settling for second best. Climaxing in love lost, love gained, a death and some just desserts.

植物学に関する研究の進展と知識の普及を図ります。
The Society aims to promote studies of all the fields of Botany
and to disseminate botanical knowledge.